Read about my road trip >>>

The trip through Pennsylvania, the Keystone state, is just 51 miles.  I’ll cut to the chase.  There are only two bridges on I-95 to care about.

But I’m passing lots more because Route 95 parallels the Delaware River much of the way.  It’s a busy section of highway travelling next to the airport and right through Philadelphia.

I only tell you about them because on a real drive, I’d be careful to NOT accidentally take a turn that leads over one of these bridges.  For me, it would be bound to happen.  Think Murphy’s Law.

So back to the bridges actually on Route 95.

The Girard Point Bridge over the Schuylkill River is a double-decker looking doozy.  Here it is, the fourth uncrossable bridge on my trip.

The Girard Point Bridge is a double-decked cantilever bridge carrying Interstate 95 across the Schuylkill River in Philadelphia, Pennsylvania by Davidt8 (Own work) [Public domain], via Wikimedia Commons

Next and on my way out of the state is the Scudders Falls Bridge.  It’s just 4 miles south of where George Washington crossed the Delaware River in 1776. 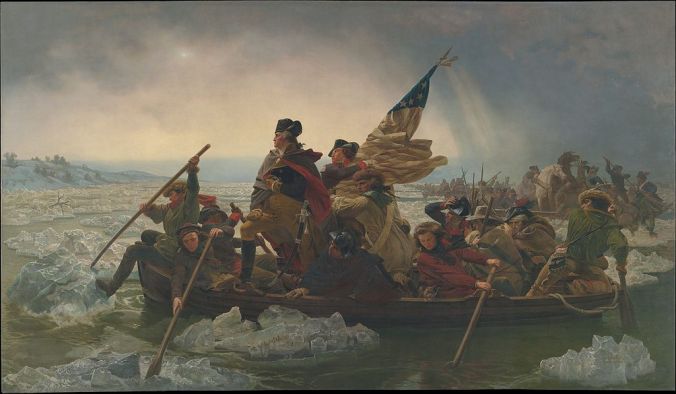 With such a quaint name, how big and bad can it be.  The Scudders Falls Bridge looks crossable to me. 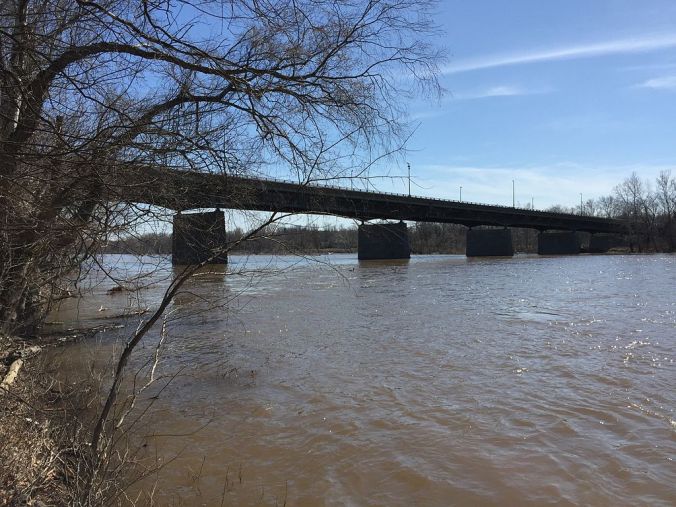 Now that I’ve made it across the Delaware, it’s on to New Jersey.