Last week I wrote that maybe I’d become desensitized to crossing bridges because I wasn’t feeling the nervousness I normally had when driving over long, high bridges like the Whitestone and the Throgs Neck.  Of course, being a passenger is different and currently I don’t have the wherewithal to  attempt the driving.  I don’t know that I ever will.  I suppose it will depend upon how not driving over a bridge negatively impacts my life.  Today there’s little to no impact.  That aside, while I was getting more comfortable being driven over bridges, I read a news article that made my stomach bounce and flip.

Back in April, on a weekday morning during rush hour, a 50- year old driver had a fatal heart attack while driving over the Whitestone Bridge and hit two other cars. The brief news report doesn’t contain details about the status of the other two cars. 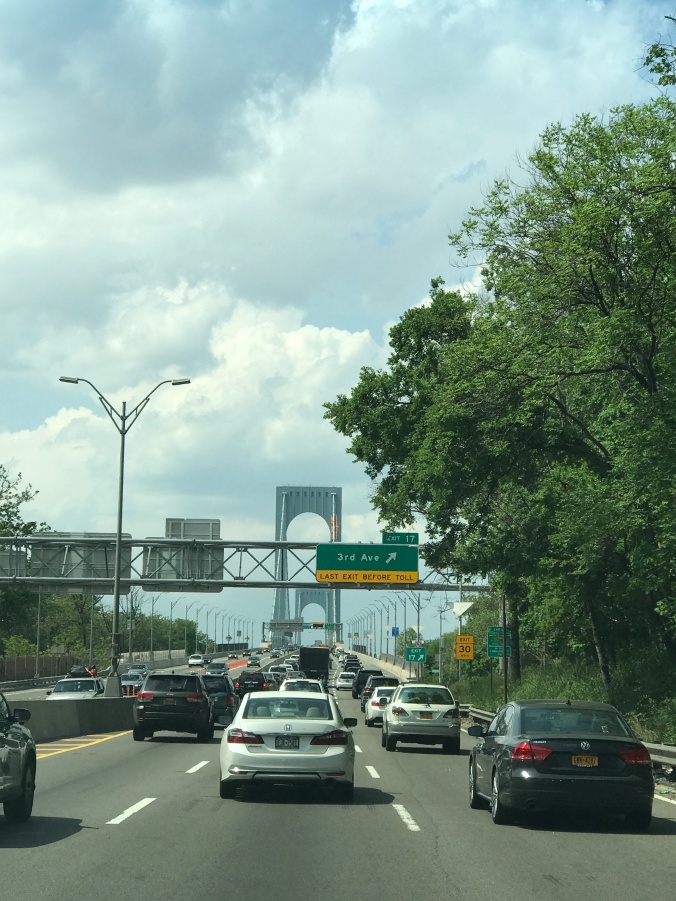 Whitestone Bridge to the Bronx. Photo by Liz.

I’ve gone through lots of scenarios in my head about the car I’m in doing unexpected things like driving over the edge or hitting other cars, but inexplicably I’d not thought about another driver becoming ill and losing control.

I knew thinking too much on this scenario could mentally set me back and I quickly realized an ill driver on an any road is dangerous and yet I don’t think about it every time I drive.  Though on a bridge, the consequences could be different i.e. the water below!  As fast as I could I tuned my brain to a different mental station and I told myself to put other drivers out of my mind – especially potentially ill drivers since I can’t control them.

As the St. Francis Serenity Prayer goes, “God grant me the serenity to accept the things I cannot change.”